Matthew Paige “Matt” Damon is an American actor, screenwriter and producer. Damon and Ben Affleck wrote an Academy Award-winning screenplay, Good Will Hunting, for which he also received a number of Best Actor nominations. His latest film garnering critical acclaim is The Martian directed by Sir Ridley Scott.

The Martian:When astronauts blast off from the planet Mars, they leave behind Mark Watney (Matt Damon), presumed dead after a fierce storm. With only a meager amount of supplies, the stranded visitor must utilize his wits and spirit to find a way to survive on the hostile planet. Meanwhile, back on Earth, members of NASA and a team of international scientists work tirelessly to bring him home, while his crew mates hatch their own plan for a daring rescue mission.

#10:Oceans Eleven: Dapper Danny Ocean (George Clooney) is a man of action. Less than 24 hours into his parole from a New Jersey penitentiary, the wry, charismatic thief is already rolling out his next plan. Following three rules: Don’t hurt anybody, don’t steal from anyone who doesn’t deserve it, and play the game like you’ve got nothing to lose. Danny orchestrates the most sophisticated, elaborate casino heist in history.

#9:Contagion:When Beth Emhoff (Gwyneth Paltrow) returns to Minnesota from a Hong Kong business trip, she attributes the malaise she feels to jet lag. However, two days later, Beth is dead, and doctors tell her shocked husband (Matt Damon) that they have no idea what killed her. Soon, many others start to exhibit the same symptoms, and a global pandemic explodes. Doctors try to contain the lethal microbe, but society begins to collapse as a blogger (Jude Law) fans the flames of paranoia. 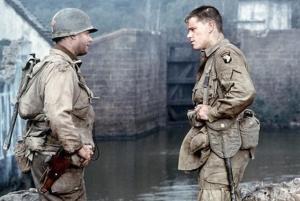 #8:Saving Private Ryan:Captain John Miller (Tom Hanks) takes his men behind enemy lines to find Private James Ryan, whose three brothers have been killed in combat. Surrounded by the brutal realties of war, while searching for Ryan, each man embarks upon a personal journey and discovers their own strength to triumph over an uncertain future with honor, decency and courage. 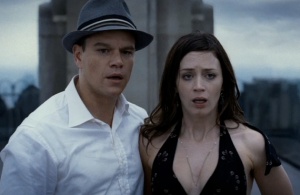 #7:The Adjustment Bureau:Just as he is on the brink of winning a Senate seat, politician David Norris (Matt Damon) meets a ballerina named Elise Sellas (Emily Blunt). Though David is instantly smitten, mysterious men conspire to keep him away from the beautiful dancer. David learns that he is facing the powerful agents of Fate itself, and glimpsing the future laid out for him, must either accept a predetermined path that does not include Elise or else defy Fate to be with her. 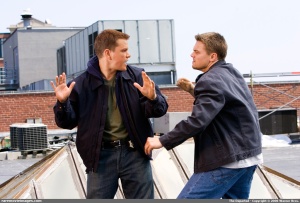 #6:The Departed;South Boston cop Billy Costigan (Leonardo DiCaprio) goes under cover to infiltrate the organization of gangland chief Frank Costello (Jack Nicholson). As Billy gains the mobster’s trust, a career criminal named Colin Sullivan (Matt Damon) infiltrates the police department and reports on its activities to his syndicate bosses. When both organizations learn they have a mole in their midst, Billy and Colin must figure out each other’s identities to save their own lives.

#5:The Informant:Though a rising star in the ranks of Archer Daniels Midland, Mark Whitacre (Matt Damon) suddenly exposes a price-fixing conspiracy to the FBI, agreeing to wear a wire and gather evidence against ADM and other agribusinesses. However, the FBI agents get a rude surprise when they learn that Whitacre has embezzled heavily from the firm.

#4:Rounders:Mike McDermott (Matt Damon) loses his money in a poker game against Russian gangster Teddy “KGB” (John Malkovich). Under pressure from his girlfriend, Jo (Gretchen Mol), he promises to quit gambling. This lasts until his friend, Lester “Worm” Murphy (Edward Norton), gets out of prison and needs to pay off an old debt. The pair come close to earning the money back but are caught cheating. Then Mike finds out the debt is owed to Teddy and makes one last-ditch effort to beat the Russian.

#3:Good Will Hunting:Will Hunting (Matt Damon) has a genius-level IQ but chooses to work as a janitor at MIT. When he solves a difficult graduate-level math problem, his talents are discovered by Professor Gerald Lambeau (Stellan Skarsgard), who decides to help the misguided youth reach his potential. When Will is arrested for attacking a police officer, Professor Lambeau makes a deal to get leniency for him if he will get treatment from therapist Sean Maguire (Robin Williams). 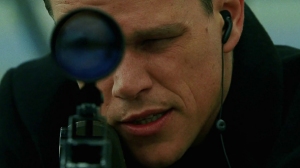 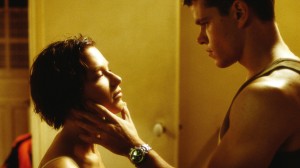 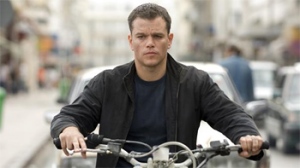 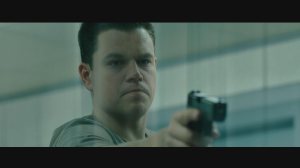 #2:The Bourne Supremacy;Jason Bourne (Matt Damon) is living in India when he is framed by Russian agent Kirill (Karl Urban) for the theft of millions from the CIA. Kirill begins to pursue Bourne, intending to assassinate him — but while Bourne and his girlfriend, Marie (Franka Potente), are on the run, a shot meant for him kills her instead. Vowing revenge, Bourne sets out to prove his innocence and bring the culprits to justice, but he has to evade CIA head Pamela Landry (Joan Allen), who is convinced he is guilty.

The Bourne Identity:The story of a man (Matt Damon), salvaged, near death, from the ocean by an Italian fishing boat. When he recuperates, the man suffers from total amnesia, without identity or background… except for a range of extraordinary talents in fighting, linguistic skills and self-defense that speak of a dangerous past. He sets out on a desperate search-assisted by the initially rebellious Marie (Franka Potente) – to discover who he really is, and why he’s being lethally pursued by assassins.

The Bourne Ultimatum:Jason Bourne (Matt Damon) continues his international quest to uncover his true identity. From Russia to Europe to northern Africa to the United States, he must stay one step ahead of those who would capture or kill him before he has a chance to discover the truth. 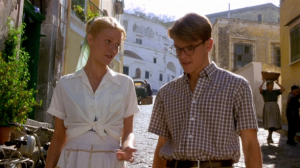 #1:The Talented Mr. Ripley:To be young and carefree amid the blue waters and idyllic landscape of sun-drenched Italy in the late 1950s; that’s la dolce vita Tom Ripley (Matt Damon) craves- and Dickie Greenleaf (Jude Law) leads. When Dickie’s father asks Tom to bring his errant playboy son back home to America, Dickie and his beautiful expatriate girlfriend, Marge Sherwood (Gwyneth Paltrow), never suspect the dangerous extremes to which Ripley will go to make their lifestyle his own.