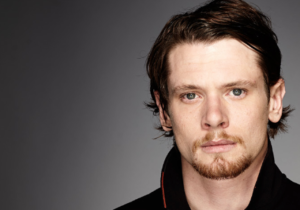 Were in a new era of young stars on the horizon the last few years. With great young talents like Miles Teller,Micheal B. Jordan,Dane Dehaan and Jack O’Connell among others. Jack O’Connell though has been a little less known from the others I mention’d. He had lesser roles in 300:Rise of an Empire,Harry Brown and The Damned United as well as other smaller parts in a few more films. Three movies he has shined in though the last six months or so are Starred Up,71 and Unbroken. 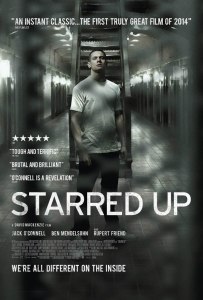 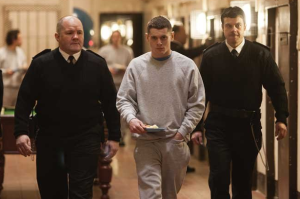 O’Connell stars as Eric Love in Starred Up a teenager transferred from a juvenile detention center to an adult prison for men. While there he runs in to his father Neville portrayed by another lesser known character actor but very good in his own right, Ben Mendlesohn. Of course they are like oil an vinegar. They instantly butt heads. Eric doesn’t like the fact that he’s locked up at all and frequently gets in fights or arguments with the prisoners and guards. He joins a group of prisoners who get together to talk about there problems and lives in and out of prison. The leader of the group Oliver played by Rupert Friend, tries to get through to Eric like no other have tried. Starred Up is a star making performance by O’Connell and he takes this role of this troubled teenager to the next level. 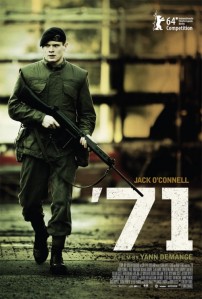 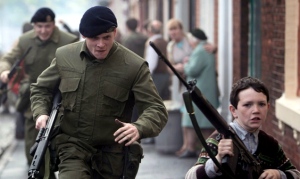 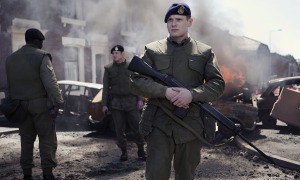 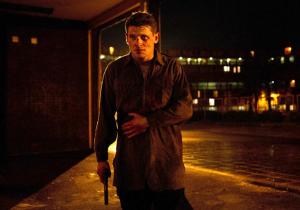 O’Connell plays young British military officer Gary Hook. He and his unit are sent to Belfast Northern Ireland to quell some rioting and violence by Catholics. After getting a little to much resistance from the local people of Belfast Gary’s unit leaves him accidentally. The local IRA members find out about this and start searching the city furiously. Turning over every rock and go house to house and apartment to apartment. Gary find refuge with so local protestant sympathizers but has to go on the run again to keep the IRA off of his friends. 71 really shows how this feud between England and Northern Ireland escalated on such a violent level. The viciousness of this conflict shows in the chase for Hook through the streets of Belfast. Once again O’Connell shows he is a star on the rise. 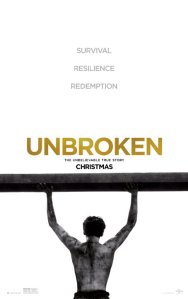 O’Connell plays Louis “Louie” Zmperini  a troubled teen. With the help from his older brother he starts to run to get his frustrations out. He later gets qualifies for the 1936 Olympic games as a long distance runner. When World War II breaks out Louie goes to enlist. While flying over the Pacific Ocean his plane crashes in the Ocean. His co-stars include Jai Courtney as Hugh ‘Cup” Cupper, Domhnall Gleason as Russell Allen ‘Phil”, Garrett Hedlund as John Fitzgerald and Finn Wittrock as Francis “Mac” MacNamara. A few of his plane mates survive along with Louie and they are adrift for 47 days. Until a Japanese ship finds them almost dead. They are put in a prisoner of war camp where Louie is targeted by the prison commander who was once a racing rival. Louie goes through some horrible torture at the hands of Mutsushiro Watanabe portrayed by Miyavi. Unbroken is directed by Angelina Jolie in her second go at the art f directing after In the Land of Blood and Honey. O’Connell once again shows what he’s willing to do to get the performance he needs to make the movie work on all levels. He really puts himself through a lot on this movie which makes for a better movie and a more enjoyable experience.

Jack O’Connell has proven in these three great performances that he has the acting chops to become one of the greats of his generation. With these roles you can see him get better and better at the craft of acting and as the films came out in the theaters the performances were better in each film. O’Connell will be one to watch as the days and months go by. I for one will definitely be keeping track of his up coming films

One thought on “Jack O’Connell a star on the horizon!”